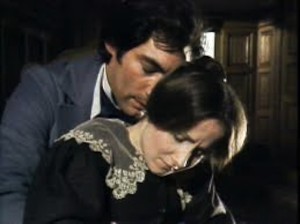 My second source of inspiration was Kate Bush. Now I want to talk about literature: seven years after Kate Bush’ song Wuthering Heights had reached the charts I red the book written by Emily Brontë. In that period I also read ‘The tenant of Wildfell Hall’ by her younger sister Anne and ‘Jane Eyre’ by her elder sister Charlotte.

The Brontë sisters are my favorite writers and Jane Eyre is my favorite novel. Is there a deep romantic soul hiding in me perhaps? I’ve reread the story about five times. Looking back the instant cause was always something fundamental that had happened in my life, like illness and death of a beloved, a broken relationship, an unanswered love or a move to an other city. Every time I discovered something new. It probably has something to do with subsequent stages in life. How did Charlotte capture all that in the character of Jane (she is righteous, headstrong, passionate and smart to name a few traits) who lived two centuries ago? She must have touched the deeper layer of universality in her writing. It’s magical.

In 1983 the BBC adapted the story to a beautiful mini series with Timothy Dalton as the byronic hero Mr. Rochester and Zelah Clarke as Jane. They perfectly fit in their roles.